That's why Britts go to Scotland

Labels: Edinburgh, Glasgow, Red Onion, Richard Paterson, Rob Bruce, Scotland, Twitter, Whiskirooms, whisky, Whyte and Mackay
You're at a dinner party. After a lovely meal, the host serves coffee and says:
"Would you like something with it? At 95% of all dinners I've been to, it is automatically assumed that the men want whisky and the women liqueur. Well, I don't. I have never had much of a sweet tooth and – I love whisky.
Don't get me wrong, I don't drink much of it and not too often, it must be said (mainly because I rarely have any in the house). However, there is something very special about whisky. Not only does it provide a whole range of different taste experiences, it also carries a story. Behind each bottle, behind each brand and blend – there is a tale to be told. If you learn about the area from where the whisky came from, how the rock affects the river water – which in its turn affects the final whisky – you add another level to the pleasure of drinking it.

Now then. I was on my way to Glasgow and Edinburgh for business when my Whyte and Mackay twitter friends Rob Bruce aka @robster38 and the Master Blender Richard Paterson aka @the_nose saw my tweets about going to Scotland. Rob, who is a lovely man and a hard working Head of PR at Whyte and Mackay, invited me to visit their HQ in Glasgow. Naturally, I took him up on that kind offer. Sadly, Richard wasn't there that day, but Rob let me in to the holiest of sanctuaries – the laboratory where the Master Blender creates his blends. What a privilege!
After this exclusive insight into what is the very core of Whyte and Mackay, I went for a drink with Rob. It was then he offered me... THE GIFT. A bottle of 22 year old Supreme – limited edition. Gorgeous. According to Rob, it was to thank me for supporting Whyte and Mackay and @the_nose and also for helping Rob out when he was new to twitter. Thank you Rob! 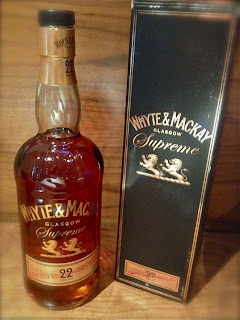 I continued my evening in Glasgow by having a scrummy dinner at Red Onion (Excellent place – try it!) with two other twitter friends, the fabulous duo @blessedsister and @tartancat . Wonderful, creative lassies and yet another proof that twitter is not just about telling people what you had for breakfast.
It's so much more – you get fridge magnets, too! Thank you @blessedsister – this one is now added to my collection! And I've learnt how to pronounce it... 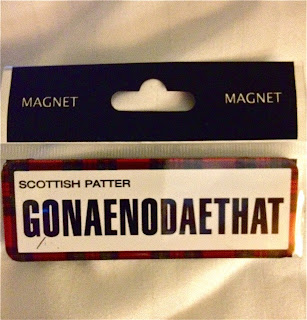 After this Glaswegian experience (I did some work too – honestly!), yet again gobsmacked by the wonders that is twitter, I later continued my journey to Edinburgh where I attended and exhibited at a Holyrood conference about flood emergency response.

Having spent a whole day networking and talking flood protection, I came back to my hotel room to chill a bit – and to check my twitter feed. As you do.
To my surprise, I noticed a tweet about a Master Class whisky tasting taking place at Whiskirooms  in... Edinburgh! With @the_nose !! Tonight!!!
I quickly checked the time and saw it was actually just a few blocks from my hotel. BUT – it was starting in about 20 minutes! And you needed a ticket first... Damn. 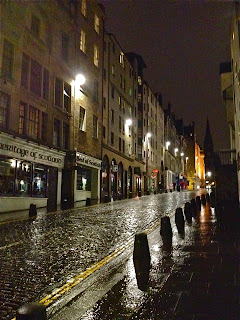 Quick decision – then I was on my way. (I didn't have to think that hard.)
I arrived just on time and after some light persuasion, I managed to get a ticket, even if the last one had already been sold. I guess I came across as rather desperate to meet Richard... 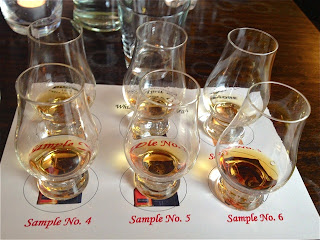 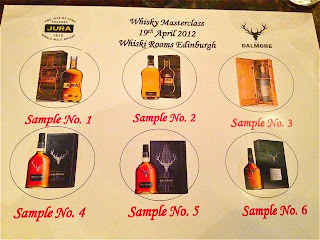 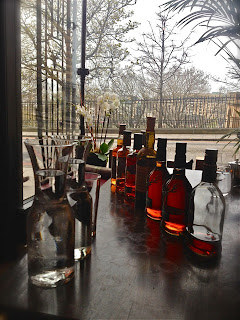 And what a great evening it was. Six whisky samples (detailed list further down) were pre-poured in special whisky glasses for us to sample, under the gentle... I mean... robust guidance of Richard.
The tiny, intimate room was filled with enthusiastic whisky lovers with high expectations of what the Master Blender was going to say. And boy, did he deliver. If you ever get a chance to see Richard Paterson in action – please do. You won't regret it. 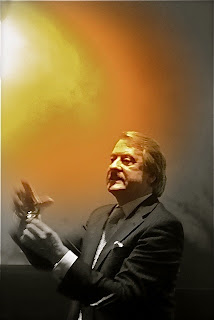 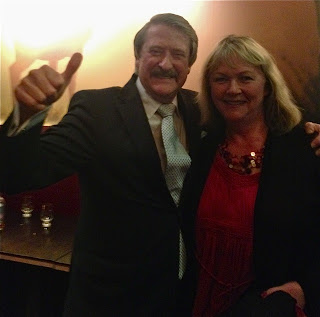 What this passionate man doesn't know about whisky is not worth knowing. And – it's not just about whisky, he tells you about Scottish history as well, little anecdotes told in an extremely entertaining way, stemming from an ardent belief and desire to spread the knowledge and pleasures of whisky.

From now on, I say "Hello, how are you?" to my whisky. I stick the whole of my nose in it and say "Hello" again. And again. Then I let it rest on my tongue, under it and finally let it go down, followed by a deep breath. It really adds to the experience.
Watch here how Richard Paterson explains about blended whisky to the Scottish actor David Hayman, here visiting Whyte and Mackay headquarters in Glasgow.