Labels: crime, police, robbery, stealing, theft, victim
I don't consider myself being a 'material girl' but I must admit my daily life has changed a lot, after my handbag was stolen last week. 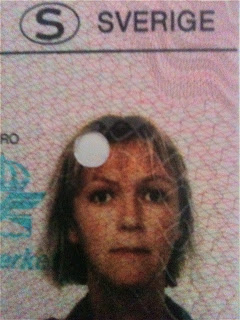 It's a long and complicated story which I won't bore you with, but in short, a very professional thief discretely removed my handbag from the back of a chair in a London pub, where I had just sat down for an evening with my work mates. The bag was squeezed in between a work colleague's chair and mine – not towards 'the open' where the public could pass. There was nobody sitting at the table behind me. Eight of us around a small table and – nobody noticed. Amazing.

The CCTV camera noticed, however. And while I spent the entire Friday evening at Paddington Green police station, the thief was being chased by friends of another victim and eventually arrested by the police. He had my mobile on him – and a few other items he had acquired earlier. But not my handbag.

Thanks to lovely and supportive work colleagues and an extremely understanding Great Western train manager (thank you Drew!), I  managed to get back home to Swindon around midnight. In First class, for free – with coffee and shortbread. Drew turned what could have been a complicated and upsetting journey into an hour's worth of peace and tranquillity.

The following evening I had a call from Wembley police station. Some honest soul had found my bag in a street and handed it in. After what I understand, most things seemed to still be in it and I will now eventually get my things back, even though it might take a while, as they have now become exhibit items, lying in plastic bags somewhere, with a number attached to them. (Yes, I do watch police dramas.)

BUT... if I could talk to the thief, this is what I would say to him:

I'm sure you have your reasons for stealing things from other people. Maybe you need money for drugs or you are just very poor and desperate. Maybe you are here illegally and can't work or you are part of a gang. I'm obviously incredibly angry with you but I still don't believe you are doing this just to be mean. I cling on to the belief that people are not born evil, they have all been little innocent babies. Something happens along the way. But whatever the reason, I would like you to know how much hassle a quick snatch of somebody's handbag can cause:

I kept my passport in my handbag. My 92-year-old Mum back in Sweden had just had a bad fall an was operated on the very day you took my bag. I was prepared to drop everything and just fly to Sweden the following day as you never know if someone at that age will make it through a big hip operation. Now I can't, unless I get an emergency passport made. But for this, you need a valid flight ticket. All my bank cards were stolen, so buying a ticket is not easy either. In my handbag, I also had my train tickets for my return trip home that Friday evening. A kind work colleague gave me some cash to get a new ticket which would obviously have been a LOT more expensive. As it happened, I never had time to buy a ticket for my train, as I had to spend so much time at the police station, filling in reports.

You ruined what would have been a nice evening with work mates. Instead, everyone was upset and the group split up – half of them with me at the police station, others running around looking for my bag, bless them. People had bought train tickets for this meeting, you know. Travelled from far away places. We don't meet that often so we had been looking forward to this evening.

I don't use a watch, I always use my iPhone to check the time and to wake me up in the mornings. I listen to Radio4 every morning whilst waking up – via my phone app. I like taking photos of things as I see them during the day – with my phone. I keep notes. I tweet. I hear a good tune and instantly 'Shazam' it, to find out what it is. I keep phone numbers on it, I can't remember everybody's mobile numbers off by heart. I wanted to send my daughter a birthday card yesterday but couldn't remember her exact address with postcode etc. That's also on my iphone. 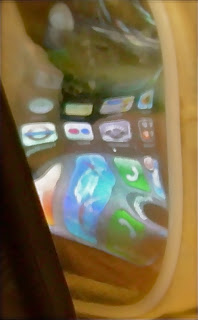 I have a very useful little mirror in my handbag. It's perfect for when I put on my mascara or want to check how my hair looks from the back. That's gone. I had found the perfect lipstick recently – I always struggle to find the right colour. That was in the bag. A much loved and well used 70s purse, which I used as a teenager. My Orange dongle which is vital for when I'm working on the go. Gone. My driving licence, which I needed as I had to hire a van the other day. Now my partner had to both pay for and drive it, instead of me. And my AA card is gone, should I have a car breakdown. Not that I can call them anyway now – or even drive! My Coop card is gone, which means no points for any food shops since last week. My favourite pen. And a book of first class stamps which I had just bought. An Oyster card, which I sadly had topped up an hour before you nicked it. My house keys. And yes, we had to make a new set. The worry of having lost my keys, possibly together with my address.

Little things like that, you know. Silly little things which are ridiculous compared to, say, the sufferings people go through in Syria or under the rubble of a far away, collapsed sweat shop in Bangla Desh.
I wouldn't dream of even start to compare my suffering to theirs. But I wanted you to know that what might have been a quick snatch of a little handbag to you – instant dosh – means a hell of a lot more to somebody else. And this somebody else's family and friends.

Think about this, while you sit there, in the dock. Consider using your skills for a better purpose. Magician? Illusionist?

Update:
The Thief is now in prison for 6 weeks and I have now, 2 weeks later, got both my iphone and hand bag back. Passport, driving licence, purse etc – all in there, part from some cash and the Oyster card. I'm SO lucky, really...
Posted by Britt Warg at 22:47