Labels: Alzheimer's, death, dementia, dying, life
I have been planning to write this blog post for many years now. 'The blog post I will write when my mum dies'. I would write about her life, how much I love her and miss her, how Alzheimer's ruined it all, how it is to live far away from your family, in a foreign country. I had many phrases already planned in my head.

And yet, now that it has happened, now that she has died, now that I've cried a million tears… I don't know what to write anymore. Everything I write feels wrong and not worthy. 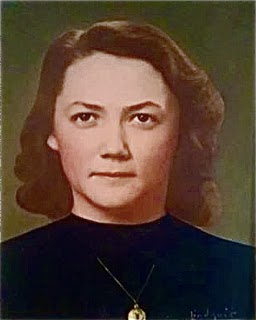 Anyway, two weeks after she died (Two weeks! Where did those two weeks go?), I will give it a go:

After a rushed and incredibly stressful journey back to Sweden, during which I kept looking at the time, wondering if I'd make it – I did eventually make it to her bedside in time. In fact, I had about 24hrs of holding hands and comforting talk before she passed away. She held my hand so hard, she actually gave me a bruise. Sadly, it disappeared. I wish it hadn't.

The night before she died, we sat around her, playing Glenn Miller, Arne Lambert and other favourites of hers. We talked about the good times we'd had in her company, about the fun memories, we  talked about how much we loved her. We cried. We laughed. We cried again.

All that matters to me personally, is that I was with her the very moment her conscience went. Her last proper breath. Part of me thinks she waited until I had made it home, before she let go. She knew I was coming. She had my brother and myself next to her – and that's what she would have wanted.

Having only a limited time to sort things out, I started to sort out her belongings the day after she died. I emptied her drawers, shelves and wardrobes, packing everything into boxes and bin bags. I cried and cried, but told myself these were really only material possessions that didn't matter, at the end of the day. I kept her favourite blue cardigan, knitted for her by a lady I knew in Devon. Mary was born in March 1921, just like mum. They had never met (as mum refused to go abroad) but I'm sure they would have liked each other. That blue cardigan still smells of mum.

We gave away some of her furniture to the home where she had lived the last, almost 4 years of her life. The wonderful staff, who were sincerely sad to see her go, arranged a little corner at the end of her corridor, to her memory. The 'Warg corner'. They said they would sit there and think about her. I know I can visit whenever I want, but – I'm not sure I want to. Even though she was lovingly taken care of at that place, even though the staff genuinely enjoyed her jokes and sense of humour, I'm not sure I want to be reminded of her time there again. Those 4 years were good, but on the whole, it was a relatively short and sad period of her long life. I lost my 'real' mum during these years. Actually, I had already lost her, several years before then, not sure when her illness started exactly. It's a sneaky thing, dementia. Creeps up on you.


Anyone who loses their parent to dementia knows that you grieve for many years. You start talking about your parent in the past tense, even though they are still alive. And you feel guilty for doing it, even if logically, you know you shouldn't. 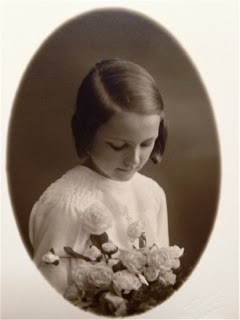 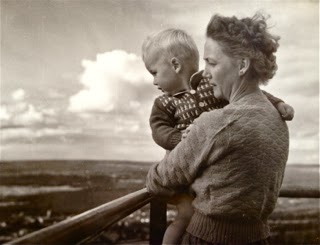 I decided mum was worth being remembered for the good times rather than for the bad times, so I put together a slide show of 158 stills from her life, showing a few snapshots of what she had been through. There were lovely old black and white photos of her as a toddler, teenager, young woman, mother, proud shop owner and so on. 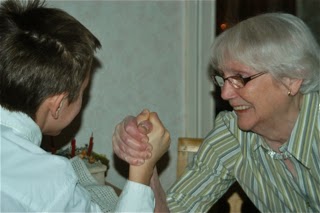 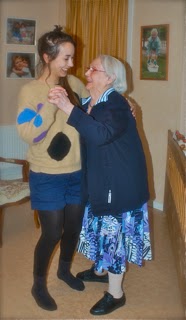 There were more recent photos too, showing her arm wrestling with her grandchildren, dancing with her zimmer frame and playing drums (!) on her 90th birthday – 2 years before she died. It made guests at the funeral remember, laugh and share memories, rather than just cry. Exactly what I was hoping for.

Mum, rest in peace. You were the best mum in the world. 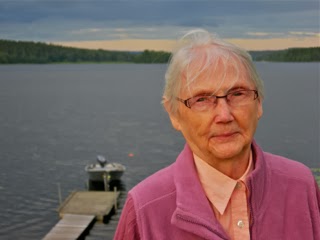