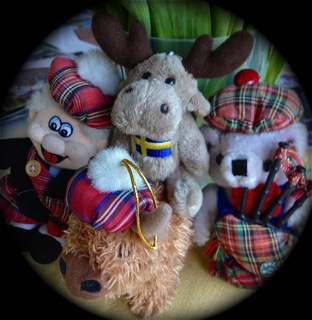 What IS Britishness? Is there such a thing as Englishness? Or Scottishness? If so – what then, is Swedishness? The recent political debate has raised many different opinions and here is mine:

I cannot see the point of putting labels on nations or individuals. We can all agree that tea drinking, stiff upper lips and talking weather are all phenomena we refer to as typically British. Or should that be English? (See what I mean?) But then, we talk weather a lot in Sweden too. Does that make us British or does it make British people Swedish?

Then there is the word stoicism. Yes, I'm sure many Brits are stoic and yes, I know you were ever so stoic during the war. I've been to Bletchley Park, I've been to the Normandy beaches, I've talked to many veterans and I admire what they did. But does that mean ALL Brits are stoic and that people from other countries are not?  I could argue that us Swedes are incredibly stoic as we endure the long harsh – and dark - winter for most of the year. But I don't. And – why don't I?

Well, I have always felt uncomfortable using generic terms about whole nations or people in general. I'd like to think countries are made up by individuals with lots of different thoughts, characteristics and personalities. In my view, this is what makes this world. Our togetherness – yes. But also our differences. Let's face it – after all, the whole world is a big, melting pot in which we have been moving around for as long as we can remember – and beyond.

You can't measure ANY kind of '-ness', I think. Besides, what someone might refer to as typical British might mean something totally different to another person. This is why the latest talk about Britishness is just ridiculous. Moreover – what's the point in the first place? Why the need to alienate ourselves from other groups of people? Why do we need to mark our own territory in this way? Fundamentally, this need originates in nationalism and that makes me worried. We all know the harm nationalism can do if taken too far.

And no – I'm not against celebrating national days, waving flags and rejoycing in the good company of your fellow countrymen (or -women!). Any reason to throw a good party is fine with me. (Well almost any reason.) But if all we do is to show off our national credentials and boast about how good we are compared to others... well, then the party drinks get a somewhat sour taste. 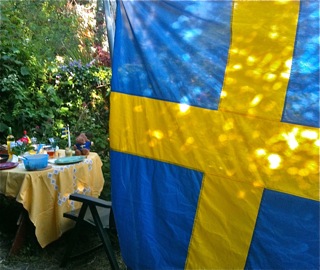 I love my own country, Sweden. It will forever be my home and the nave around which everything turns in my life. However, that does not mean I think we should turn everyone who enters our country 'Swedish' or put them through a 'Swedishness-test'. Again, what would be the point?

I wish the debate would steer towards discussing how we can make life better and fairer for everyone instead – in all aspects.This, to me, IS worth debating.